Posted on February 2, 2020 by Nicholas Hayduk 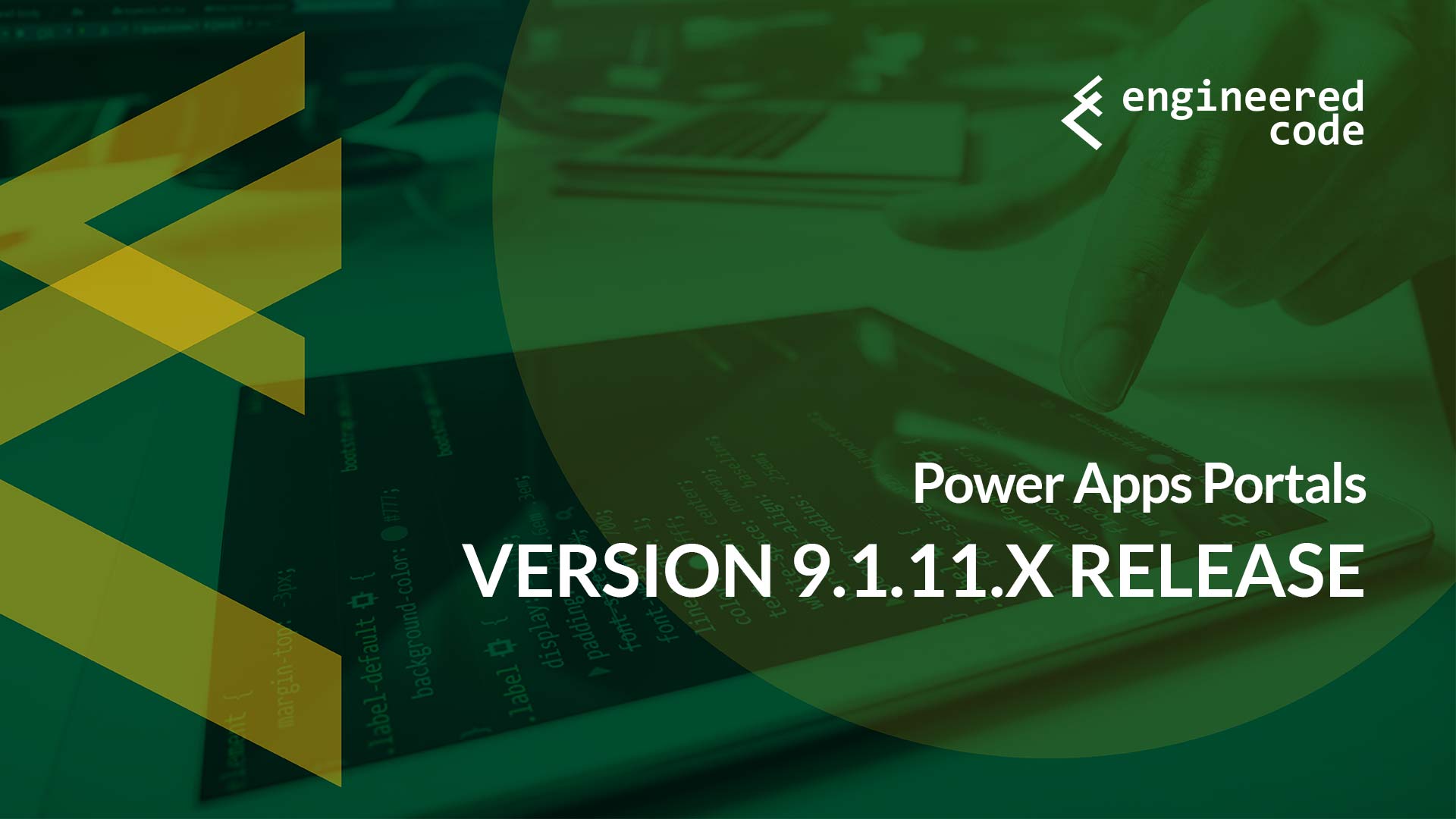 For the most part I don’t blog about the (roughly) monthly releases for Power Apps Portals, mostly because they deal with bug fixes for relatively obscure issues. However, last month I was happy to see a few items on the list that I’ve been waiting for, and I thought were worth sharing.

In December I blogged about the chances to caching in Power Apps Portals. While I was playing around with the new Clear config button, it didn’t work at all as I expected. It turned out that is actually worked most of the time, just not for the one attribute I was testing with: adx_copy on the Web Page entity.

As discussed is my previous blog post, certain entities are now cached indefinitely – this includes the Web Page entity. However, by going to https://yourportal.powerappsportals.com/_services/about as an administrator, clicking the Clear config button should refresh any changes for those entities that are cached indefinitely. Now that the bug has been fixed for the adx_copy attribute on the Web Page, this should work for all of those entities.

You always could have used the Clear cache button, but there was a greater performance hit with clearing the entire cache, as opposed to clearing just the “configuration” entities.

Rewrite Page Templates are a bit of a blast-from-the-past – they are left-over from the Adxstudio days where we all had access to the website code. Since we no longer can add our own new Page Templates of this type, when an issue was introduced that caused Entity Lists and Entity Forms to not be displayed when choosing one of the Page Template types, you wouldn’t think it would be that big of a deal. But for anyone using the geolocation or calendar functionality built into Entity Lists and Entity Forms, it was bad news.

As MVP Nick Doelman pointed out in his blog post, the only way to leverage the maps and calendar functionality was by using Rewrite Page Templates. When those templates stopped showing Entity Lists and Entity Forms, there was no way to display the maps or the calendar.

More than a couple people asked about this on the community forums over the past few weeks, so I’m happy to see that this issue has been resolved.

I’ll be the first to admit I don’t know all the details about what this one means, but it’s not the first I’ve heard of it, so I thought it would be good to at least spread the word.

At the beginning of February Google is scheduled to release Chrome 80, which includes an update to the way that cookies are handled. Specifically, whereas before the default for the SameSite label for a cookie was None if it wasn’t explicitly defined, going forward it will be Lax. Without getting too much into the details, this means that cookies will only be set when the domain of the cookie matches the domain in the URL of the browser (for more details, see this article). Microsoft and Mozilla are also expected to follow this move.

The good news is that Power Apps Portals has been updated to ensure support with this change. However, there are certain areas outside of the controls of the Portals team that may impact your portal – specifically, external authentication providers.

Authentication typically involves the use of cookies, so it is important to look at your authentication provider and ensure that they support these changes. Otherwise, you may find users having issues logging in if they are using latest version of Chrome (and eventually Edge and Firefox).