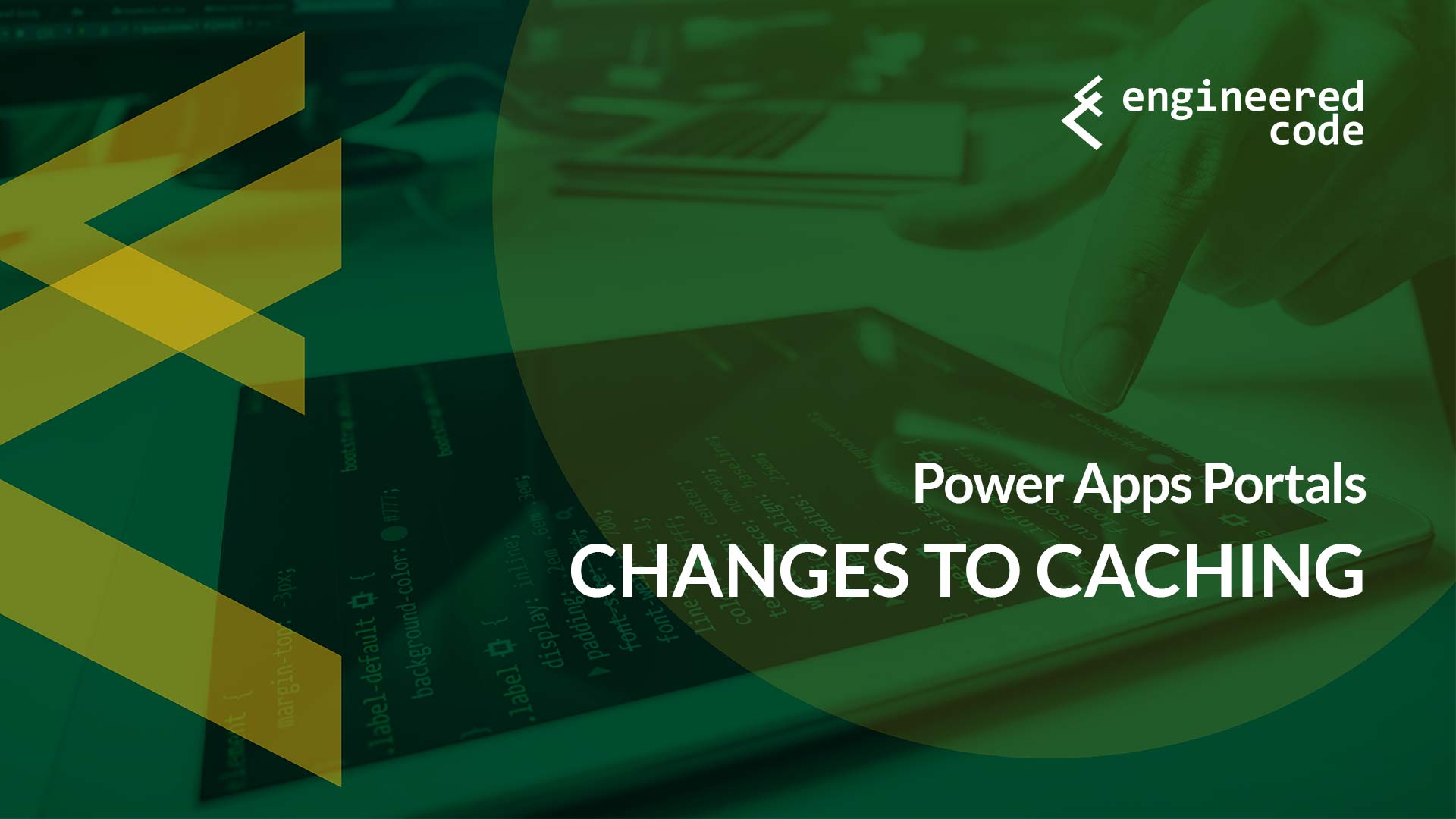 Caching has long been a hot topic when it comes to the Portals technology – so much so that it’s used in the name of top-rated Power Apps Portals podcast “Refresh the Cache” hosted by MVPs Nick Doelman and Colin Vermander. So, what is caching, why is it important for Power Apps Portals, and what’s changed about it recently?

In general, caching is the idea of saving information in a place that easily/quickly accessible, as opposed to always going to the actual source. Caching is heavily used throughout the internet, for things like DNS lookups (translating human-readable domain names into computer-understandable IP addresses) and loading web pages (caching is used for items like images and JavaScript files).

One of the challenges with caching is figuring out what to do when the source changes. For example, if your computer has cached the fact that microsoft.com points to 13.77.161.179, but then Microsoft changes it, how does your computer know to get the updated value? In general, caching often relies on remembering information for a certain period of time, and then it will go back to the original source.

How does Power Apps Portals use Caching?

Have you ever noticed how long the first page load takes after restarting your Portal? This is because nothing is cached. If caching wasn’t used, every page load would take that long. And nobody would use it.

The challenge with caching for Portals is when data is updated directly in CDS, without going through the Portal. In those cases, the Portal isn’t aware that anything has changed, and so has no reason not to trust the responses to the queries it has stored in its cache. So how does the Portal find out about the changes?

Back in the Day…

Configuration entities are the core Portal entities like Web Page and Web Template. For a full list, see this blog post from Microsoft announcing the change. For these entities, there is no automatic invalidation of the cache – any changes to those records via the CRM API or the Portal Management Model-Driven App require you to manually clear the cache.

Any entity that is not in that list is considered a non-configuration entity, and the cache will be invalidated automatically. The official SLA for cache invalidation for these entities, as mentioned in that same blog post, is 15 minutes.

How do you go about clearing the cache for the configuration entities? You’ve got a few options:

It’s important to note that any changes made via the legacy front-side editing, or via the new “Maker” experience shouldn’t require you to clear the config cache. It should only be necessary when making changes via the Model-Drive App, or via the CRM API (which includes tools like the Portal Code Editor for the XrmToolBox, which use the CRM API).