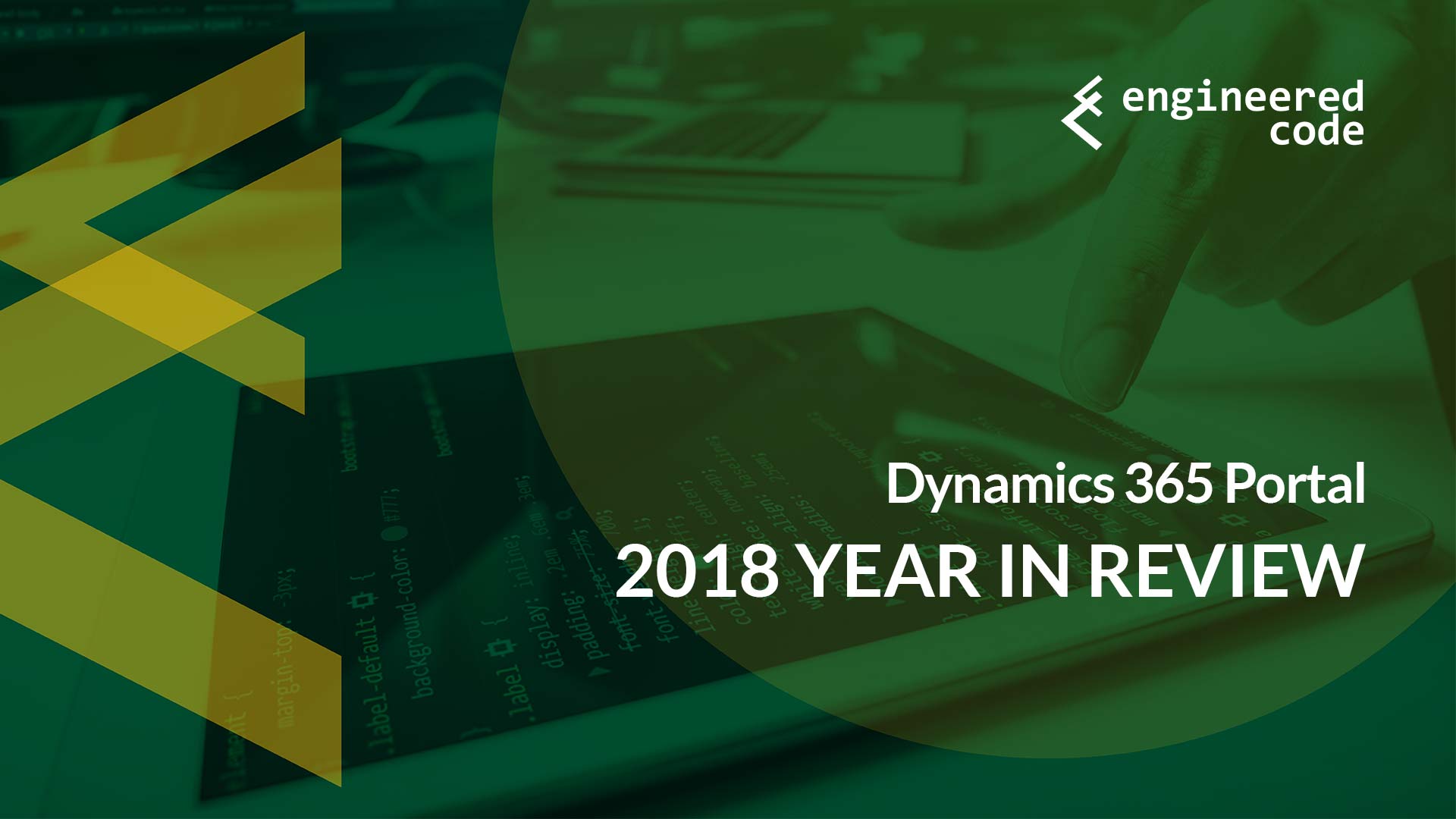 2018 was a busy year for the Dynamics 365 Portal product! From the end-of-life of Adxstudio v7 to the release of new features like SharePoint and PowerBI integrations, I’ll cover the most exciting developments throughout the year.

August 1st saw Microsoft officially end support for version 7 of Adxstudio. While Microsoft has made great strides with the new version of the product (currently version 9), many legacy customers still exist on version 7, for many different reasons, including:

Just because Microsoft isn’t supporting the product doesn’t mean it won’t work. In fact, it will probably work for a while, however at some point something will change in the CRM API which will mean it will actually stop working. We saw an example of this when some SSL-related changes were made, and Microsoft released an update for Adxstudio Portals v7. The next time that happens, Microsoft won’t be releasing a new update.

In order to help with the migration to the online product, and to appease on-premise customers, in 2017 Microsoft released the source code for v8.3 of the Portal product. In early 2018, with the August 1st deadline looming, they released their official guidance for upgrading from v7 to v8, which includes using the source code release as an intermediate step.

October ’18 Release, and Other New Features

Early in the year we saw a few new features roll out, some targeted at developers, and others meant to assist in making a Portal implementation GDPR compliant, including:

The exciting stuff, however, came as part of the October ’18 release, which included:

Microsoft also released into preview a new content editing experience. While currently it only applies to content snippets, look for Microsoft to continue working on this in 2019 as they try to make content authoring a more modern experience.

As for what to expect in the future for Portals, Microsoft did announce a few things they are working on, including:

Overall, I think the Dynamics 365 Portal ecosystem is alive and well, however I still think there is a ton of opportunity out there. We believe that every Dynamics 365 implementation deserves a portal, even if it’s for something simple like help desk functionality. So, all you partners out there, if you’re not up to speed on how to create a Dynamics 365 Portal, I suggest you add that to your to-do list in 2019!