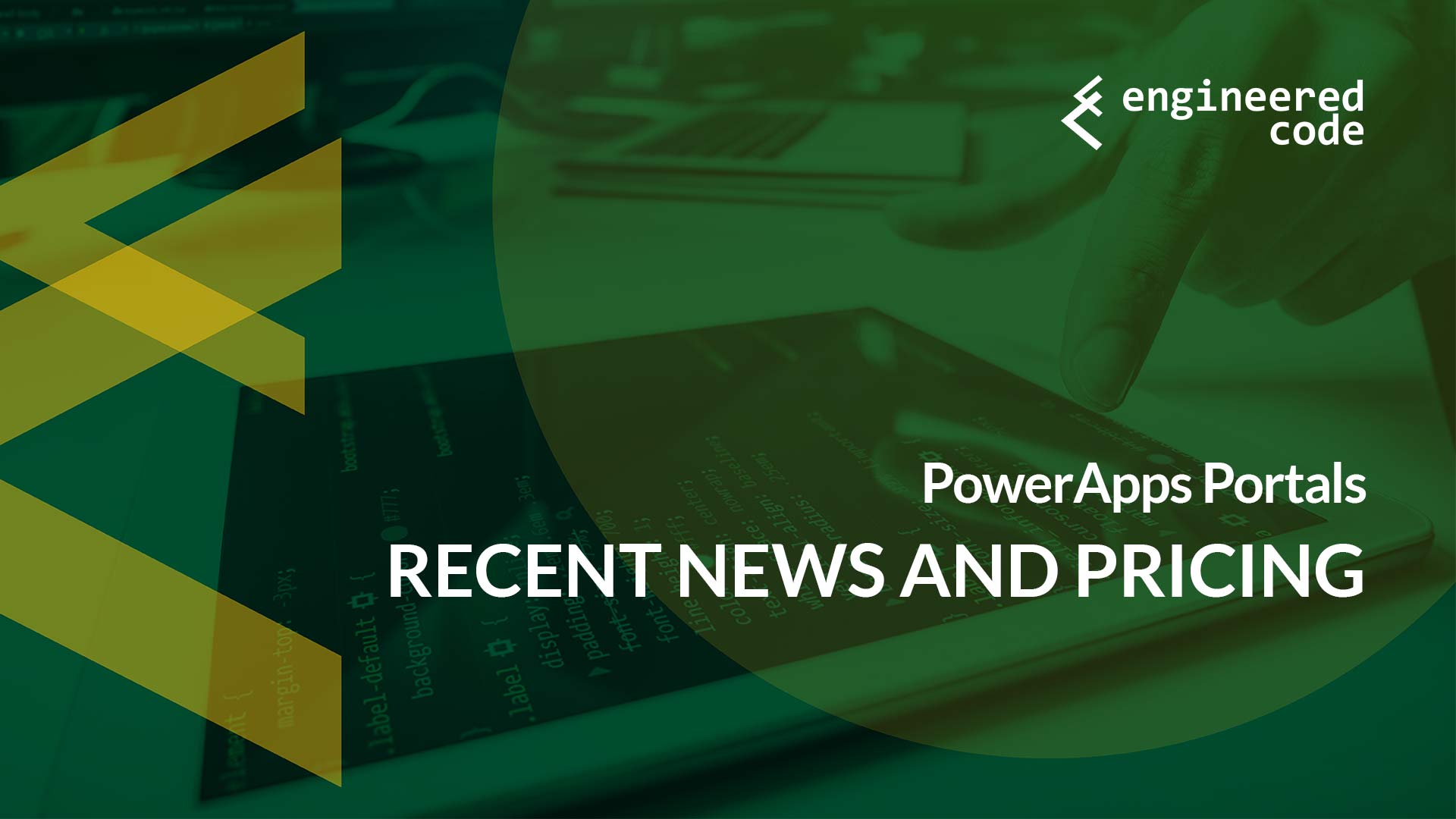 I’ve been a bit quiet these last few weeks due to a combination of work, landscaping and a bit of vacation. But things are now a bit closer to normal, and since I’ve been asked by a few people about the recent (well, maybe not so recent anymore) announcements regarding PowerApps Portals, I thought I’d share my thoughts here.

I’ve had a similar question asked of me a few times – with the announcement of PowerPortals, should people start considering them instead of using Dynamics 365 Portal?

The simple answer is that they are the same thing. PowerApps Portals is really just a name change for those of us that have been using Dynamics 365 Portal for years. Yes, there are some new things that are being made available as part of PowerApps Portals, including a new and improved way to provision your Portal, as well as a new content authoring experience, but those are simply enhancements to the existing platform, not something the differentiates it from Dynamics 365 Portal.

The new name is really just a reflection on the fact that you can now provision a Portal against a CDS instance without any of the Dynamics first-party apps (like Sales or Customer Service). It is the name given to the CDS Starter Portal that was announced as part of the April ’19 release notes. So from a technical perspective, not really a huge change.

However, this is pretty significant news from a business perspective. PowerApps Portal is considered to be one of the main “app” types available in the Power Platform, right along side Canvas Apps and Model Driven Apps. This should give everyone confidence that this is a product that Microsoft is going to continue to invest in.

As Colin Vermander put it well on his blog, this is now the “the definitive external Power Platform story”.

But What About the Price?

I’ve also been asked by a number of people about my thoughts on the licensing model announced at Inspire, as well as in this blog post.

As a quick recap:

Colin did a great analysis on what the pricing might look like for organization with a large number of logins. Long story short, it could end up being quite a bit more expensive than “flat” rate people are paying right now.

While the fact that the price might go up significantly for some high-use scenarios isn’t great news, what I’m most concerned about is the uncertainty that this licensing model creates. The licensing is based on a metric that is very difficult to predict, making it almost impossible to accurately estimate ongoing licensing costs for new projects.

I don’t think this is an attempt by Microsoft to increase the price just because they can. Now that they’ve had the product out in the wild for a few years, my guess is that this adjustment is being made based on real data, including how much people are using it, and how much it costs Microsoft to build and operate it. That being said, I’m hopeful Microsoft will listen to community feedback and make some adjustments.

I agree with Colin’s ideal scenario – I believe licensing should be based on monthly active authenticated users (not daily), and there should be tiers to provide some sort of volume discounting without having to engage with Microsoft to get some sort of special deal. This would be more consistent with how most other SaaS offerings (Microsoft and non-Microsoft) are licensed, and would make estimating a lot simpler.