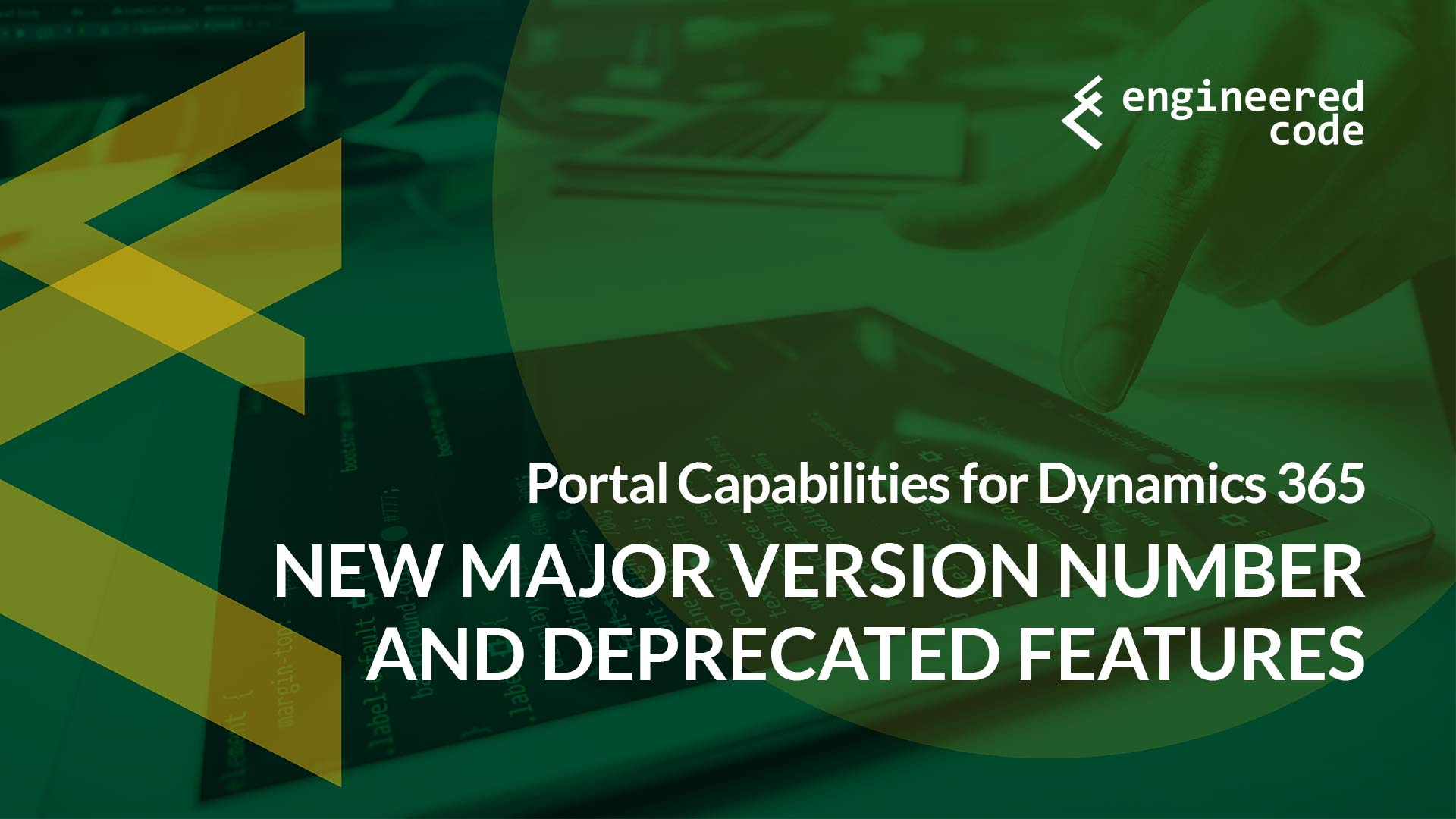 The June 2018 release of the Portal Capabilities for Dynamics 365 has a new major version number (v9). Also, in case you missed it (like I did), Microsoft announced in March that a few features are being deprecated.

What’s slightly less exciting is that this seems to be little more than a maintenance release. When looking at the release notes, you’ll see a list of resolved issue, but no new features.

A little bit of history: when Microsoft purchased Adxstudio in 2015, the current version of Portals was v7. Microsoft released v8 (specifically, 8.1) the following year, which was their own cloud-hosted software-as-a-service only offering heavily based on v7. Since then, we’ve seen regular minor updates every few months, all the way to v8.4.

Don’t get me wrong – I love that bugs are getting fixed. I’m just not sure why this particular release warranted a change in the major version number of the product. My best guess is this is to bring it in line with the current version of Dynamics 365, which is currently also v9. If that’s the case, then I guess I understand – I was just hoping for maybe a bit more functionality as part of such a major version number change.

In March 2018 Microsoft announced via the Dynamics 365 for Customer Engagement Team Blog that a number of Portals features were being deprecated. Clearly I’m not paying enough attention to this blog since it was only last week that I happened to see the article.

The deprecated features can be broken down into three major categories:

This feature logged when a user viewed a web page or web file, including the date and time, IP address, and the identity of the user (contact record if authenticated, anonymous ID if not).

While an interesting feature, we didn’t see this being used a lot, and I think the note that accompanies the deprecation notice says it all:

This functionality has a negative performance impact on portals and it is recommended not to use it for production.

Tracking all of these events was clearly a performance problem, especially since the tracking was done during the initial request to the server for the page. Typical analytics tools (such as Google Analytics) work by adding JavaScript to the page and tracking after the page has already been loaded, so they don’t have an impact on page load performance.

I think this is a good move by Microsoft – remove an infrequently-used, poorly-performing feature.

Microsoft has said they will no longer be testing the backwards compatibility for environments on older versions of the Portals solutions. Considering v8.2 was released in November 2016, I think it’s time that anyone still on v8.1 should be considering an upgrade anyways (hopefully all the way to v9!).

This one seems a bit odd to me.

There is an attribute on the contact record called “Last Successful Sign-in” that currently gets set every time a contact logs into the Portal (assuming the Authentication/LoginTrackingEnabled Site Setting is set to true). According to the notice, at some point this functionality will no longer work.

I can’t seem to think of a great reason as to why this is going away – I wouldn’t think that setting that attribute every time someone logs in would be a significant performance problem.

I was also going to mention that what I found even stranger is that this specific functionality was mentioned in the relatively-new documentation on how to ensure that a Portal is GDPR compliant, however in the last few days the documentation has been updated to reflect the deprecation notice.

So I’m at a bit of a loss as to why this is going away, but alas I guess we’ll just have to enjoy it while we still have it, and implement another technology such as Azure Application Insights if we really need this information in the future.

One response to “New Major Version Number and Deprecated Features”