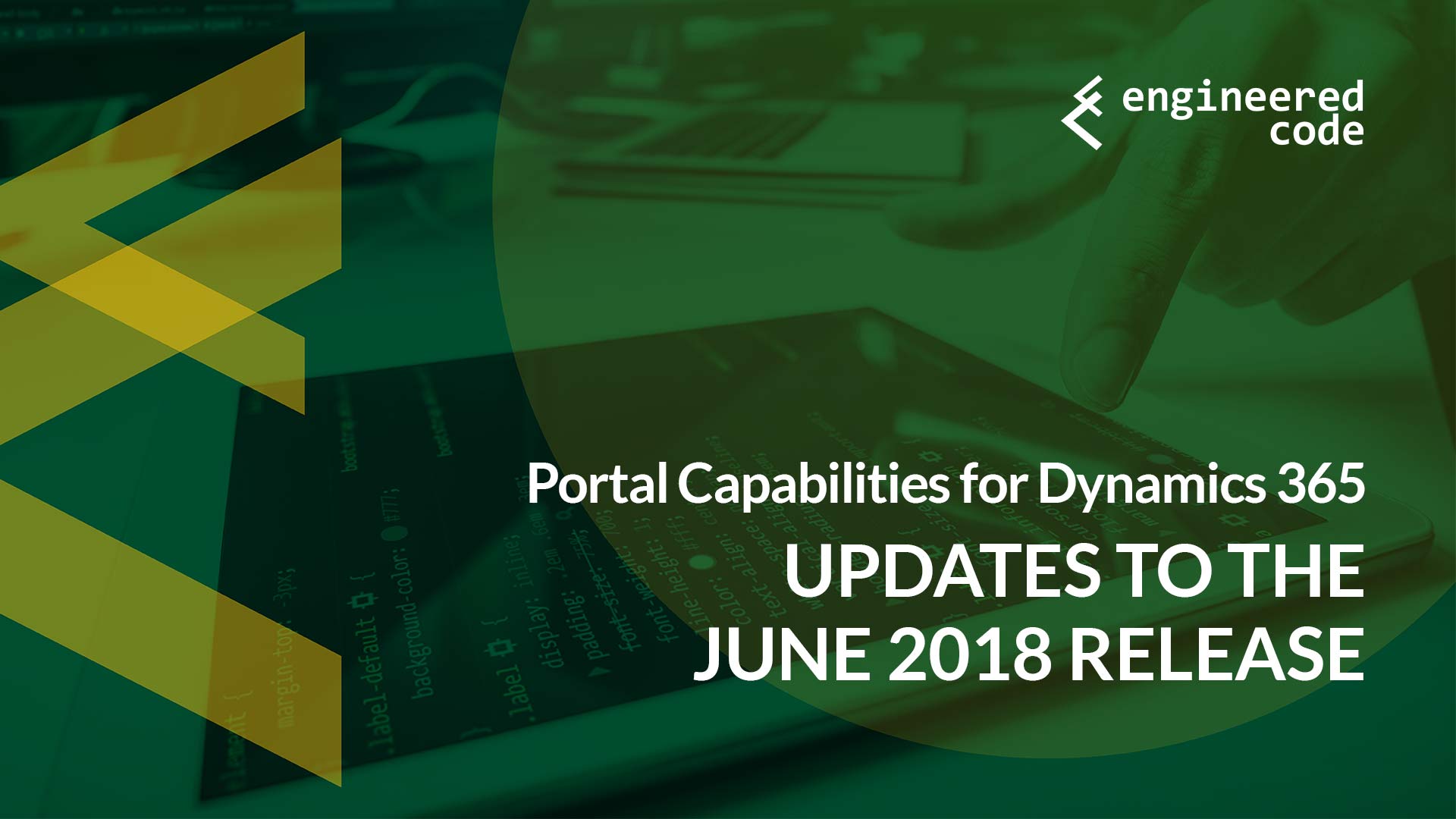 In last week’s post I talked about the release of v9 of the Portals, and mentioned that there didn’t seem to be any new features. Since then a new revision has been released (v9.0.6.7), and the release notes have been updated to include three new features.

The complete release notes can be found here.

Probably the most interesting of the three new features, Microsoft has introduced a Unified Interface app for Portals: 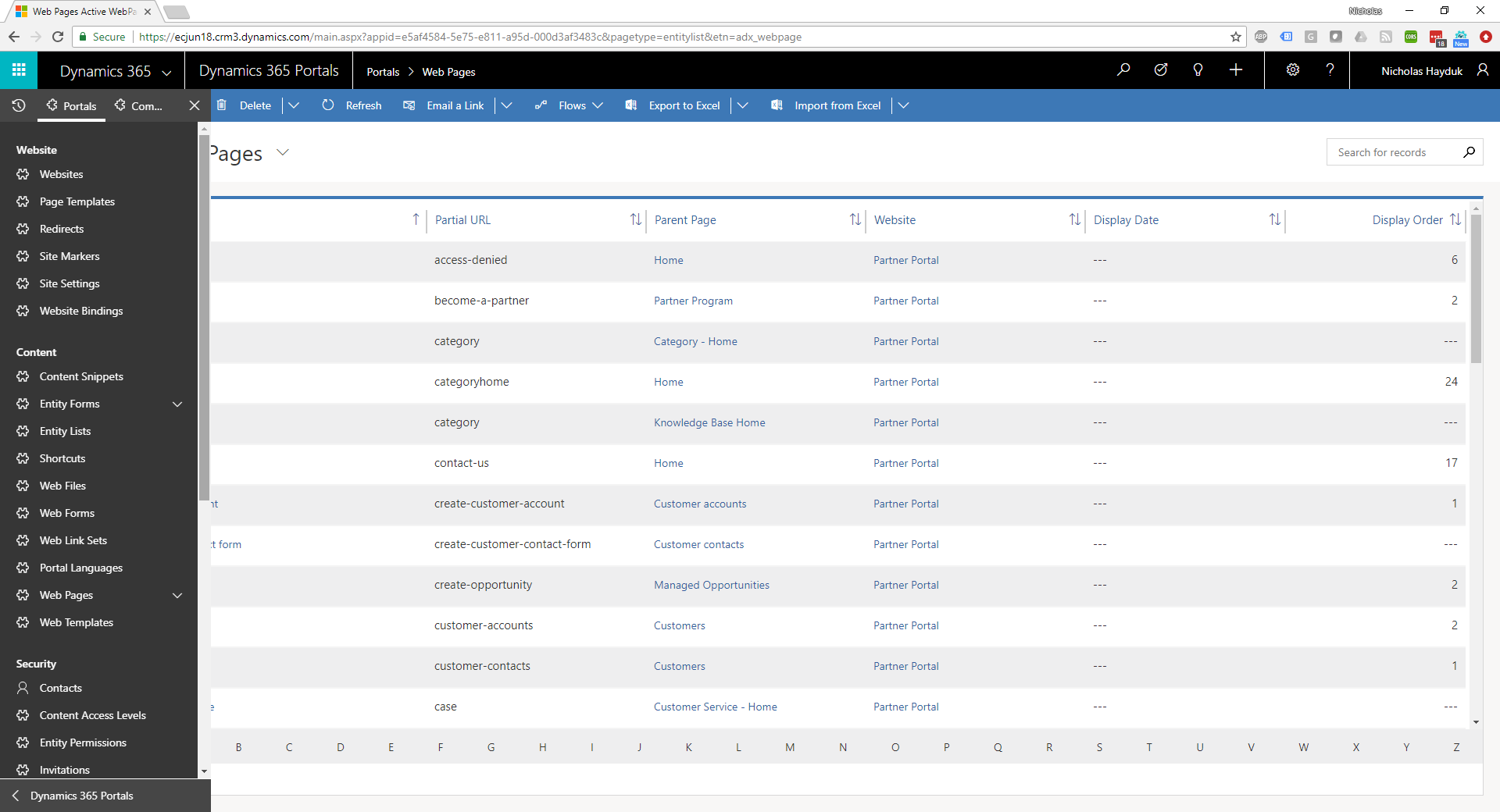 I’m a big fan of this change. Unified Interface is clearly the way of the future, and I like that Portals is now starting to leverage it.

The site map seems to mirror the one in the old interface. My one major beef is the lack of icons. The Unified Interface requires SVG icons, and it looks like as of now the Portals entities don’t have those. So instead, you get the puzzle piece icons for most of the entities in the app. It makes it so you have to expand the navigation, unless you are able to memorize the order. Hopefully new SVG icons are on their way!

There is now a button in the Portal Admin Center to Reset Portal. This allows you to essentially delete the Azure resources associated with your Portal instance (if you weren’t aware, a Portal instance is hosted via an Azure Web App). This will not remove the Portals solutions or data from your D365 instance. It’s also important to note that after resetting a Portal, if you go to the Applications tab in the Dynamics 365 Administration Center, that Portal status will still say Configured. That status does not represent the provisioning status – it represents if you’ve ever visited the Portal Admin Center for that particular Portal.

Once the Portal has been reset, you are able to provision it again.

The official Microsoft documentation on this feature can be found here.

The official Microsoft documentation on this feature can be found here.