Thoughts on Summit EMEA 2018 in Dublin 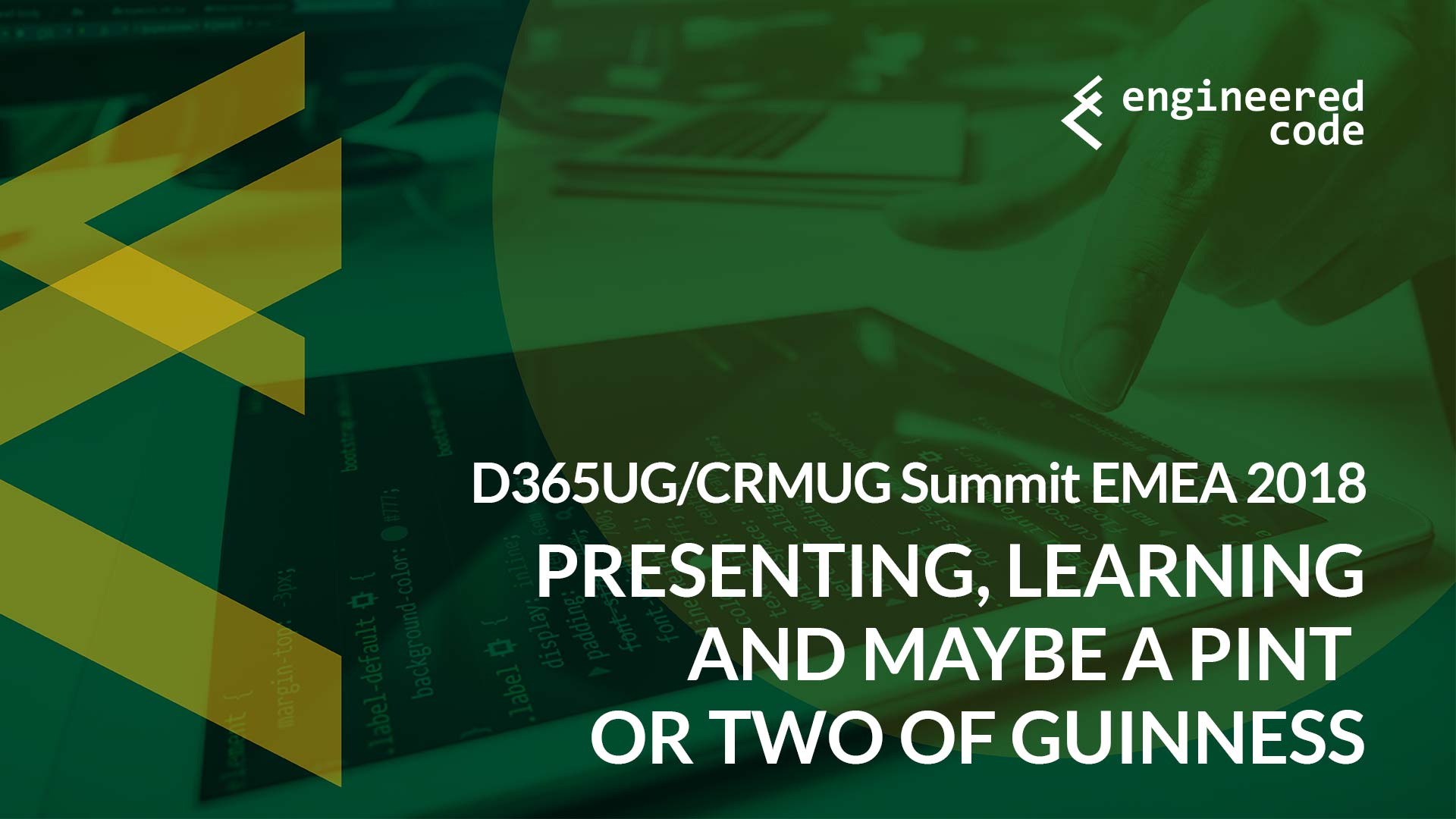 As I sit in the Dublin airport awaiting my flight back to Canada, I thought I’d jot down a few notes on the week that was D365UG/CRMUG Summit EMEA 2018.

This was my first trip to Ireland; the closest I’d been before were trips to Scotland and England to play golf.

The first thing I appreciated was how easy it was to get from the airport to downtown. I had pre-purchased ground transportation via Expedia, but at the time I didn’t realize that it was simply the regular Dublin public transit system. For ‎€12, I was able to get picked up at the airport and dropped off right in front of the Dublin Convention Centre, and my return trip back to the airport was included as well. The trip maybe lasted 20 minutes, and a significant portion of it was in an underground tunnel, so there were no issues with traffic. Having lived in the Toronto area before the Union Pearson Express was built, I’m all too aware of how much of a pain it is not having an easy way to get from the airport to downtown.

I stayed at the Clayton Hotel Cardiff Lane, about a 5 minute walk to the Dublin Convention Centre. I had absolutely no issues with the hotel; it was clean, staff was friendly, and the proximity to the convention centre was great. I would definitely stay there again if attending an event at the convention centre.

The Convention Centre Dublin was a great venue for Summit EMEA. As compared to the Opryland Resort in Nashville, I found it a lot easier to find things (although to be fair, this conference was quite a bit smaller). The building itself looks a bit odd, like a tilted tin can, especially when lit up with horizontal lighting at night, but it was very functional for this type of event.

To be honest, however, I started off feeling a bit disappointed by Dublin in general. Having travelled to other European cities, I was expecting a little more history, however the area around the hotel and convention centre was very modern and very boring. It wasn’t until the last day, when I finally had a chance to explore, that I’d found the character of the city I was expecting. 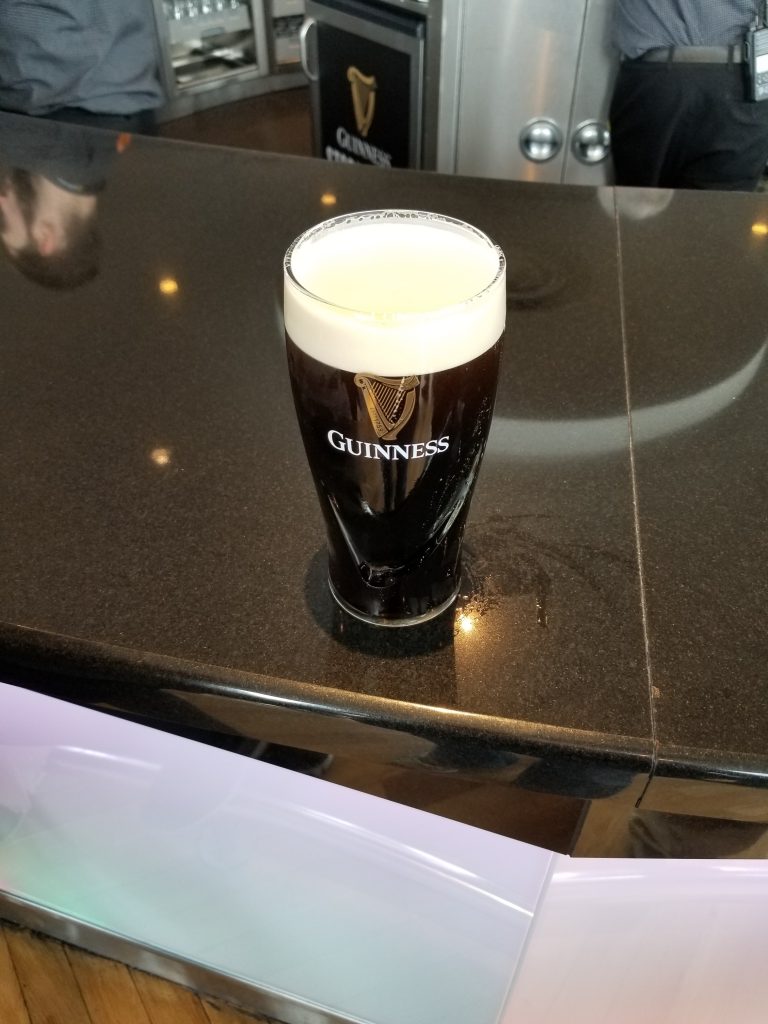 The conference ended in the afternoon on Thursday, and my flight home wasn’t until Friday around noon, so I had a good part of Thursday to explore the city. There was really only one thing I knew about Dublin, and despite the fact that I expected to be caught in a tourist trap, and I don’t really enjoy their product (in fact, I find it quite disgusting), I headed over to the Guinness Storehouse for a tour and some tasting.

Google Maps (sorry, not Bing maps) told me that the Guinness Storehouse was about a 45 minute walk. Since I could use the exercise, and the opportunity to explore a bit of Dublin, I decided to walk over. I’m glad I did. It gave me a chance to see the Dublin I was hoping for: the shops and pubs along Temple Bar, along with the cobblestone street, made me feel like I was actually in Europe, as did the numerous historical churches.

The Guinness Storehouse itself also exceeded expectations. A tourist trap, yes, but there is a reason it was named the top tourist attraction in Europe by the World Travel Awards. While you don’t get a tour of the actual production facility, there is lots to see, starting with the first floor dedicated to the four ingredients (barley, yeast, hops and water), to a floor dedicated to the history of Guinness advertising. And despite the fact that I normally gag at the thought of drinking a Guinness, it didn’t actually taste too bad. The view from the Gravity Bar didn’t hurt either.

All of the sessions I attended were great. I focused on two main areas: technical/developer sessions, and sessions related to CDS 2.0 and/or PowerApps.

I took a red eye from Canada to Dublin, so my plane landed just after 10am local time on Tuesday, which was the first day of the conference. After a quick stop at the hotel, I headed over for my first session, “Unified User Interface App Development”, with Scott Durow of the Ribbon Workbench fame, although, as he pointed out himself multiple times, he does other things too. Scott’s a great presenter, and I learned a lot about developing for what’s officially known as the Unified Client Interface.

Other sessions I attended included “What’s New for Customizers in Version 9.0” with Feridun Kadir, a developer Q&A moderated by Sarah Critchley, an integration Q&A moderated by Gustaf Westerlund, and a Dynamics 365 Portals session by Leon Tribe.

However, there was one session that I found to be the most informative, and the most entertaining, and that was the quiz session hosted by Wael Hamze and Ramon Tebar. The quiz format was great (I enjoy almost anything that involves competition), and the questions were mainly focused on recent changes to Dynamics 365 for Customer Engagement, typically technical things like API changes. I learned something new on almost every questions – it was a jam-packed hour and a half of learning. I started off slowly in the competition, but I had a strong enough finish to end up in the prizes, earning a new PowerObjects sweater. I was just happy to finish ahead of Tony Stein, who kept saying throughout that he is not technical and doesn’t really know the answers to any of the questions, yet he was somehow leading at the halfway point.

I was very thankful to have the opportunity to present a session of my own – “10 Tips to Plan for a Successful Dynamics 365 Portals Project”. I was very happy with the number of people that showed up, and along with the solid attendance at Leon Tribe’s Portals sessions, it shows that interest in Portals continues to be strong. There were a lot of questions about Adxstudio Portals v7, but also a lot around v8 as well.

The session seems to have gone well – I don’t think I embarrassed myself too often, but I guess I’ll find out when the evaluations come back in a few weeks.

My main takeaway from the event is that if you’re not learning about CDS 2.0 and PowerApps, you’re soon going to be sorry. Everyone should be learning about canvas apps and model-driven apps; they are the future (or in the case of model-driven apps, they are already the present). As a big believer in the XRM platform, CDS 2.0 is a great step forward. The time to get familiar is now.